Sitaram Deora Institute of Management Studies (SDIMS) was established in the academic year 2012-2013 by Marwadi Sammelan, which is in the forefront propagating and imparting girls’ education. SDIMS is affiliated to Smt. Nathibai Damodar Thackersey Women’s University.

Sitaram Deora Institute of Management Studies, an offshoot of B.M.Ruia Mahila Mahavidyalaya ,offers two full time prestigious vocational undergraduate courses namely: Bachelors of Computer Education (B.C.A) and Bachelors of Mass Media(B.M.M).We might be a young institute but have an enriched history, thanks to Marwadi Sammelan’s Smt B.M.Ruia Mahila Mahavidyalaya which has been a torchbearer for girls’ education since it’s inception in the year 1958.

Sitaram Deora Institute of Management Studies provides ample opportunities to students to participate in extra- curricular and co-curricular activities such as NSS, Sports, Yoga and Cultural activities that proves instrumental in shaping up the overall personality of students. Our infrastructure and our faculty are our greatest strength. We have modified our infrastructure time and again to facilitate easy and computer based learning for our students. We have an excellent Library, two well equipped Computer Labs, Auditorium, Canteen and Gymkhana. We are proud to be an institution of education that shape computer and media professionals with the right moral and ethical values and can prepare students to face the challenges and opportunities in the industry by building strong foundations.

At Sitaram Deora Institute of Management Studies we are proud of our students as they learn how to face challenges with competence and confidence. We applaud their achievements, which include their results on every external examination they take in the very different curricular tracks they follow.

The SNDT Women's University which was founded by Bharat Ratna Maharishi Dhondo Keshav Karve, though facing a lot of hurdles in his mission for advancement of Indian Women through education, Maharshi Karve had set up in an ashram in 1896 ,where he started a programme for schooling as he believed that it is through education that they could be made self reliant and independent.

As the ashram school grew with its own pace into a well accepted institution where girls from educated families came to study, this success encouraged Maharshi Karve for establishing a university for women. In 1916 Indian Womens’ university was launched with five students.

Sir Vithaldas Thackersey an eminent industrialist of Mumbai, committed to the cause of women’s education gave a donation of 15 lakhs in memory of his mother.

The university was named SHRIMATI NATHIBAI DAMODAR THACKERSEY (SNDT)WOMENS UNIVERSITY in 1936 a campus was established in Mumbai and the head office of the university was shifted to Mumbai. The women’s University set out to create an atmosphere where girl’s can blossom into confident, self reliant, responsible individuals who can be a source of strength to their families and the society.

The motto of the university is ' Sanskrita Stree Parashakti ' (An enlightened women is a source of Infinite strength) guided by this philosophy the university has developed many special features which make it distinct and unique. It caters exclusively to women and offers programme relevant to them offering instructions in four mediums i.e. English, Hindi, Gujarati and Marathi.

In 1951 the university acquired statutory recognition from the Government of Maharashtra. The Recognition came along with the rare privilege of jurisdiction across the country. 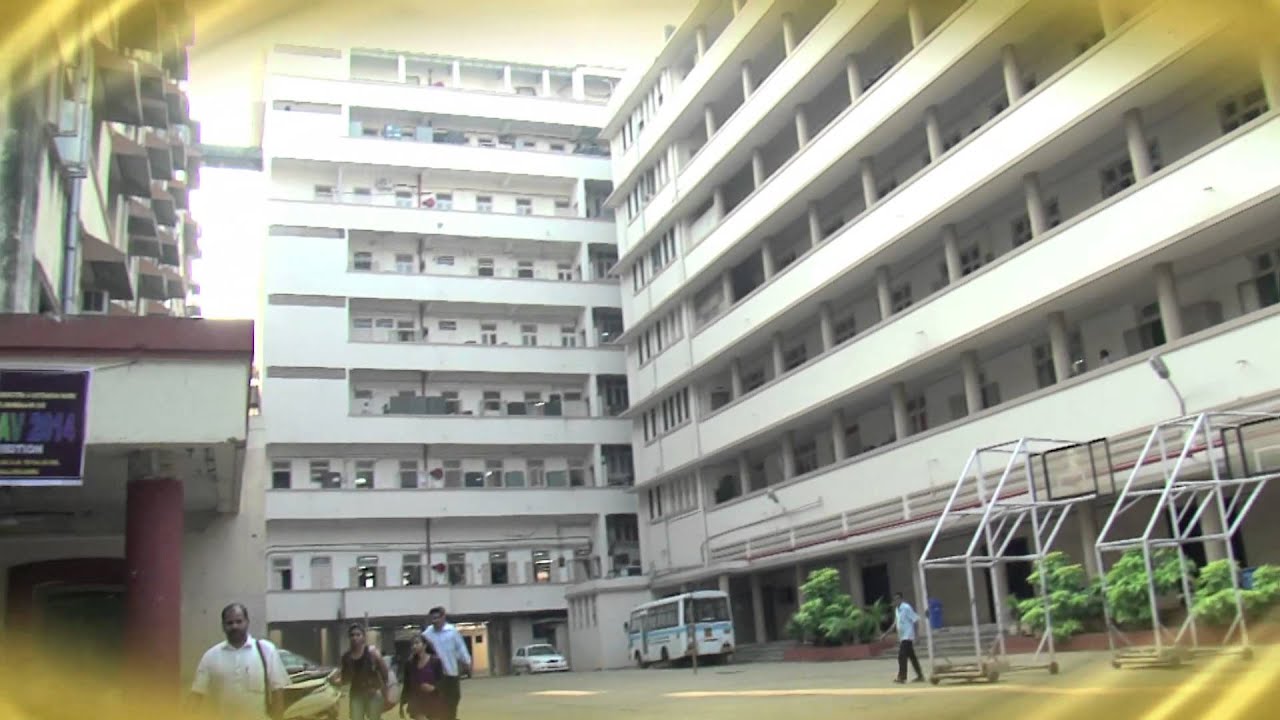 History of the college

In the year 1916, Dr. Karve established SNDT University with a vision to establish an educational institution where girls could blossom into confident, self-reliant, responsible individuals, who could later be a source of strength to their families and community- "Sannskrita Stri Parashakti" ( "An Enlightened Woman" is a source of infinite strength).

Marwadi Sammelan started B.M.Ruia Mahila Mahavidyalaya in 1958 at Grant Road, taking a step further in the empowerment of women by providing graduate courses such as B.A., B.Com and postgraduate courses M.Com & M.A. .Marwadi Sammelan is one of the oldest philanthropic, social and charitable NGO set up in Mumbai by Rajasthanis in 1914, with the primary object of spreading education amongst girls. The other objectives include services in the segment of Health, Women Empowerment and Cultural promotion.

Taking into consideration the growing need for computer education and media studies, Sitaram Deora Institute of Management Studies ,affiliated to Smt. Nathibai Damodar Thackersey Women’s University, was established in the year 2012 by Marwadi Sammelan, which is in the forefront propagating and imparting girls’ education.

The success and eminence of B M Ruia Mahila Mahavidyalaya began as the dream of some philanthrophist of Marwadi Sammelan which transformed into the dream of the sammelan at large. We Strive to accomplish our dreams and goals to empower women to bring about social changes Only Education and empowers the society to grow in real sense by overcoming poverty , ignorance and lack of esteem. This thought led us to establish this college. We are committed to the development of women by imparting knowledge that has a blend of academics, practical training and overall personality development. I am happy that we have a dedicated team of management, principal and Faculty to fulfill our goals. The College has seen many changes since its establishment in 1958. The number of academic programmes, value added courses and students enrollments have grown tremendously. For this I congratulate principal Dr. Smt Santosh Kaul Kak. It is gratifying for me to see the enthusiasm with which the college is moving forward towards greater accomplishment and recognition.
Advocate. Shri Sushil Kumar Vyas,
President
Marwadi Sammelan

"We cannot always build the future for our youth, but we can build our youth for the future." - Franklin D. Roosevelt

These words by Franklin D. Roosevelt perfectly describe our aim at Sitaram Deora Institute of Management Studies (SDIMS).I would like to welcome you all with great pleasure to Sitaram Deora Institute of Management Studies (SDIMS). At SDIMS we believe that our responsibility is to offer excellent educational provision that meets the needs of all learners. We are striving to impart quality education that not only sharpens the intellectual ability of the student but also inculcates ethical and aesthetic values, thus moulding a multifaceted personality that is ready to shoulder responsibilities towards Family, the Society, and the Nation.
Shree Suresh M Deoraji
General Secretary

PRINCIPALS OF OUR INSTITUTIONS

MANAGER OF THE INSTITUTION

SDIMS takes upon itself the mission of producing graduates that possess the necessary skills and right attitude that could qualify them to join the long race of the best IT people that this world can produce and prepares it’s students to excel as scholars and innovators who will respond in a rapidly changing global media environment.

SDIMS will provide excellent educational opportunities that are responsive to the needs of the community and help students meet economic, social, and environmental challenges to become active participants in shaping the world of the future.